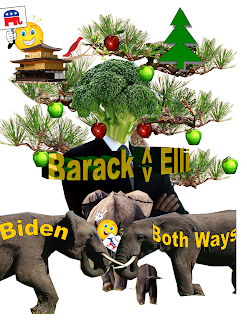 Hopefully the CartellingWindows Fans are learning to read on several levels. Reading comprehension has never been so much fun!!! And perhaps a little frightening.
Barock O Boma
Sounds like: Broccoli..with the acceptation that oli was changed to boma

AN ELEPHANT GOD
(O-bam-a)Barrack an elephant GODS bum (Ass)
A bum on the street
Barrack an elephants Gods 0-bomb-a
bombs = Shit
Years ago, when a soldier went to boot camp and became CON-Stapated,
the medic would give the soldier black pills to take. The pills soon became known as the Black Bombers because you were guarenteed to create bombs of shit.
shit =Sheite, cheater, shitter, = the stuff terrorist groups pass out
Public servant's sheit in a Public Can..Republican

One could question=Are Republicans and Democrats terrorists since the gov. is fighting Sheits?
Are Sheits Black Bombers?
Are policital parties trying to harm their own people?
Democrats are attempting to get people to vote early.
Read Cartellingwindows blog, Hurricain Ike , Xing the best..Be the first to go 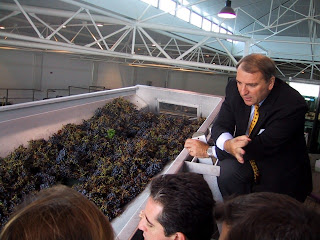 A Msn live search of the word Piote revelaed this picture..
men looking at grapes.
Grapes translates into the
De-rapur(rapture), or
dePares, der a piece (there is peace)
See what the search page shows:http://search.live.com/results.aspx?q=piote&FORM=BWID

Beides Ceides (by this cider, by deciders)
(By the keidas..kiddies, kritzers)
Depending on the script..the i may be an L,

Car Telling Windows is not suggesting that every person will read this way.. The purpose is to show that there are those that do. NAMES are being used to kill us. The (US) .

Identity theft is more than taking your name for money ..unless you consider that money may be pronounced Moaning (pain and suffering)

Our names and the people attached to those names, are being used as visual images to represent war strategies and plans for countries attacking the US. Talking is too dangerous with all of the surveillance. This is one reason war strategists have resorted to images and situations. Buzz words you may be familiar with:
THE IMAGE AGE, SIMULATIONS

Cartellingwindows has attempted to add levity to a cyrious killing situation, to keep from freaking out.


People around the world take vitamins, exercise, watch what they eat , demand clean air and water. A healthy environment is a defensive tool most Americans take for granted, which prevents death. The Human body is important. It needs proper care to assure the extension of a quality existence. Cartellingwindows believes defences and offences which will assure the protection and longevity of humanity, will not exist unless Humanity understands who, what and how they are being attacked.


In the information/communication arena, many Americans have fallen educationally behind the rest of the educated world.. This latency in understanding,which many others around the world already knew, has proven dangerous for Americans. People have been hurt or killed, as the authorities, and many other Americans, have been too poorly educated to recognize a crime. And, to decifer whether the crime was a weapon for war.


Some folk had awareness,, but were frightened by the novelises the language appeared to have to the uninformed. "Shush", it is a secret, was the normal talk when the language was referred too. . The secret, has became a cover for mass murder, and Modern day genocide, in the United States of Americia.


One of Cartellingwindows purpose is to provide information that will allow Americans to recognize crime, and be able to report the crime or attack to those well trained and responsible for solving crime and preventing war. No person should have to teach a language to a nation to get help from the authorities. Nor should a person be told to go to a special interest group or secret club. As Americans, we pay taxes to go to the APPROVED authorities for assitence.


Protecting land, and families ,and people at home and when they travel, will require secrets, and strategies. It is not the purpose of Cartellingwindows to risk lives. Cartellingwindows wants to help common, and not so common Americans , design the communication offenses and defenses required to enter into an international market place; becoming leaders, rather than the feeder fish we are presently labeled.
Posted by cartellingwindows.com at 1:38 PM