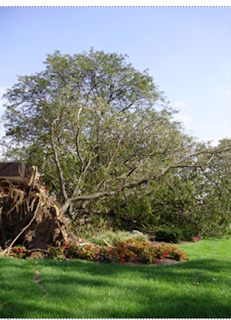 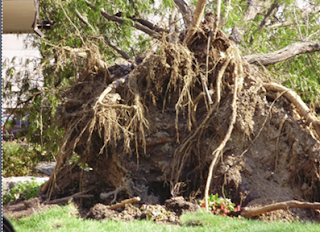 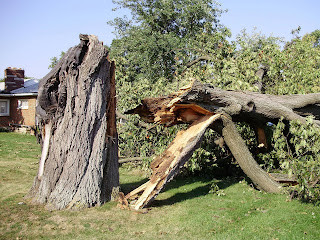 The War, The weapons, the stratagies, Congress pretended did not exist. A War for all ages.
X-ing the Best at X-Fest

(If header does not appear, highlight to view)It was 09/17/2006 in Dayton Ohio. The local weather channels warned Daytonians to expect a backlash from Hurricane Ike. Bad weather coming from hurricanes are not uncommon to the city. Dayton sits far enough from the coast, that by the time the weather arrives, heavy rains are the hurricanes imminent fanfare. Damages are usually minimal.

The City was hosting X-fest that Sunday, a giant party for the folk of the X-generation. Portable stages and vendor tents had been set up at the Montgomery County Fair grounds. I had heard Young people were coming from as far away as Cincinnati. The parking costs had reached Twenty Dollars a day in the small lots surrounding the festivities. An exorbitant price for a the Dayton area.


I had driven by to check out the excitement, wanting to get Car Telling Windows some P.R. The fairgrounds were jammed with people and there were more coming. The nearby affordable parking had been taken. A portable trailer selling food, with Spanish looking people, sat in a small parking lot across the street, next to Denny's. What a perfect spot they had. I wanted to be close to the entrance as well. Iwondered how the tailor had gotten such a good location. Perhaps they had paid for the location.


A block down from the trailer a man was selling parking spaces for twenty dollars. The location had good fair ground visibility, but I did not have the twenty dollars to spend that day.


Deciding to return to the downtown library, I noticed the winds were getting stronger. Jostled, windblown pedestrians talked of the arriving hurricane.


In front of the van, on the intersection of Third and St. Clair St, the wind was beginning to swirl in the streets.

Small vortexes were forming before my eyes. The wind appeared to travel from storm sewer to storm sewer, it's form and presence made obvious by the dead leaves and debris which clung to the small vortexes sides. The debris was being pulled from the storm sewers. How odd. Very few leaves had fallen, and the streets were clean before the vortexes formed. Where had all of the trash come from?

The sewer drains seemed to have turned into a giant vacuum cleaner moving in reverse...Blowing out instead of sucking in. Looking up at the sky I noticed the clouds were darkening, but as of yet, no rain. There is always rain when the hurricane's come. And Lots of it.

A small gust of wind went under the right side of the van, slightly lifting it higher than the left side. The wheels remained on the ground. Perhaps I was over reacting, but I did not like, what I was witnessing. I wanted to move the Car Telling Windows van away from the sewers immediately, believing the drive would avoid damage to my vehicle.

In downtown Dayton, the copper roof had been ripped from the courthouse and was hanging over the telephone lines by the bus stop on Main Street. The buses continued to arrive and the passengers, seemingly oblivious to the danger that loomed above them, entered the bus as if the events of the day were as normal as any.

The window above the chess club had broken; its bent metal awning, worked as a sieve, slowing dropping broken pieces of glass on the pedestrians whom ventured beneath it's crystal shower. The small vortexes continued to gust, leaving white pieces of paper and leaves all over the streets. With the streets cluttered with white specs, the city looked as if it had just hosted a ticker tape parade.


I was struck with how calm the residents seemed, reminding me of another time in my life where I had seen similar damage with similar reaction. I was in England in 1990, when the storm the weather men did not predict, blew through the inlands. I had been driving in the wind, much as I was in Dayton. Contemplating, if I should be in a house rather than out in a vehicle. I remeber being confused as to why the schools remained open. Trees fell as I drove to pick my children up from school that day in Crowthrone England. When I arrived there were several large trees lying across the roof, but there seemed to very little damage done to the building. The Children , safe, were escourted out, one by one, to the parents waiting on the front lawn. Everyone seemed so calm.

Could the Dayton Storm be similiar to the storm In Berkshire, England? Berkshire was the name of the county.


I decided to drive out of Dayton, to the surrounding areas to see if the damage was similar to what I had witnessed in England. What I found, convinced me the storm was a planned attack..not an act of God..least not a spiritual god.

Driving South on Main Street, The police had the road blocked off. An abandoned building's tar papered roof had blown off and was hanging on telephone wires, blocking the middle of the street. Bricks scattered the street beneath the tarp. The Mc Donald's across the street had closed their doors. I had found finally found an establishment CLOSED.

The fair grounds had vacated. The winds had subsided, leaving the music stage empty and wind damaged. X-fest had been foreced to end prematurely. Outside the fairgrounds most of the paper and leaves that had cluttered the streets disappeared with the wind. I presumed the debris had returned to the sewer from which it had come.

CAR Telling Windows Reads:
Be First To Go
In a Hurrigat
eltu (elder) IT 2 Go

Be First to Go" is usually a term used for Christian Armageddon followers..Hurry? Get..pulled together to form.. Hurrygat

" Hurryget"sounds like a hurricane, but their might be more.. gates often refer to the gates of heaven and hell. A possibility Armageddon connection.

I was beginning to suspect the wind was a planned attack, utilizing vortex guided missiles as weapons..

Between the time I ran the initial search and the day of writing, many of the sites that originally appeared on the search Vortex Missiles did not appear three days later. A new search was done for the benefit of the reader, this time searching "vortex missiles Armageddon" on AOL:

Yahoo had some of the original sites...SEARCH: "vortex missiles" revealed military weaponry sites and Armageddon weapons and game sites.

Fact: The Military is developing new weapons that are controlled via remote controls. Button pushers are trained using modern day video games. These games are sold to the general public and tested on children. The children who perform the best on the games are recruited into the military.

My sources? An environmental engineer, who works for the government and lives in the Dayton area told me about the project.

Below is a picture of the BLACK shirt employees in Denny wear as a part of their uniform: When the shirt is on an employee, it is difficult to read. .. Car Telling Windows initially read the shirt as Get Your Grave On, thinking the restaurant was celebrating the harvest season early. Perhaps they were.. Harvesting youth.

A Yahoo search on Denny's, Get your crave on showed: http://fastfood.freedomblogging.com/2008/09/22/fast-food-at-dennys-get-ready-for-the-grand-slamwich/

“This is war. We’re being attacked,” the former Orange County resident said of an all-out assault fast-food chains are making on his company. "


By typing in LL into Wickapedia, these results were found:
Note the last lines:

In the Miami Valley area, there is one place that has had many tornadoes over the years..the place, Xenia Ohio.

There is a restaurant located in Xenia named Ha Ha's Pizza.

For those of you in the know.. The term Pie and a Piece of Pie is a word used to represent a death or a hit.


Car telling Windows back on the road… looking for wind damage in the outlining communities. The city of Oakwood was hit hard. I was stunned to see how many trees were up rooted or broken in half. Much of the damage was located near storm sewer drains. Oakwood had a lot of storm drains. The hanging baskets which adorn Oakwood’s center medium presented them selves lovely and unaffected, as if they were unaware of the giants that had toppled beside them.

City of Moraine..Trees broke in half while signs remained unaffected

Across the street from the broken tree sat a RV with a satellite dish on top. Neither The RV nor the small satellite were Damaged. I thought this odd considering a tree approximately thirty feet away was broke in half.

Yes Hurricane Ike was very much like the wind incident I experienced in Wokingham England. Old trees uprooted and busted in half with little structural damage done to housing. I did not notice any vortexes coming for the storm drains, as I was too busy dodging felled trees. The English Weather men were chastised for not predicting the storm. Schools remained open. The storm, like the one in Dayton was blamed on a hurricane. There was little to no rain associated with the storm.

1. There was to be an upcoming change in leadership. Margaret Thatcher was on her way out. George Bush SR was President of the United States.

2. There was a heightened awareness of advertising signs and their subliminal message. UNited Color's of Benetton was asked to remove a billboard.
3. England was going from a manufacturing economy to a service economy.
(Dubbed Reaganomics by the English press)
4. English manufacturing was being outsourced
5. The middle class had suffered a huge loss. Some reports stated one in five of the middle class had become unemployed.
6. The was a huge financial strain on the social aid programs
7. English real-estate prices after having risen fast, were starting to fall. Some analysts claimed the fall should have been expected, as the rise was too quick and too large.
8. The Quality of medical care and the equable financial compensation of the medical community were being challenged.
9. Mad Cow disease had terrorized the English people and her economy.
10. The "Salmon Rushdie" book "Satanic Verse" upset the Muslim community, causing Salmon Rushdie to go into hiding. 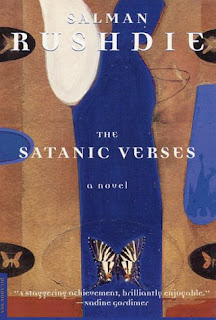 Other events of importance

Posted by cartellingwindows.com at 2:42 PM

you are one crazy lady.......you need some serious help.