An American Palace Decorated for the Holidays 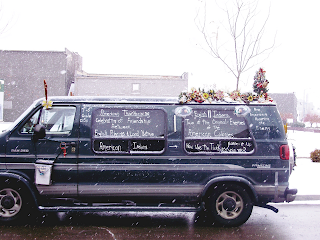 The cartellingwindows Palace
Thanksgiving Thoughts
The information for the Thanksgiving statement is a small sampling of information taught to American children in the seventh and eight grade.
The message was inspired by a neighbor on Little Farm, Wokingham England.
Window One:
AMERICAN THANKSGIVING
Celebrates the Friendship
Between
The English Pilgrims
and
the local Native American Indians
WINDOW TWO
ENGLISH ll INDIANS
Two of the original Enemies
of the American Colonies
Enjoy the Turkey
Gobble it up did you?
SIDE PANEL
Are Americans
Honoring
the enemy
In the late 1980's my husbands employer sent him and the family to Wokingham England for three years. Celebrating an American political holiday in a foreign country seemed foolish, but I attempted to keep the Holiday alive. 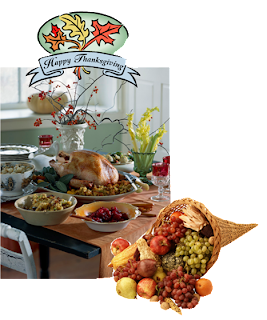 " Why did you invite us over for this day. Are you insulting us," my neighbor asked?

" Thanksgiving is the celebration of your American Independence, is it not? "

I was momentarily dumbstruck.. Insult the English!!! I had invited the family to honor them, and recognize their part in the America's. This was not going well.

I attempted to explain the holiday.

" A celebration of the Friendship between English Settlers and the Local Native American Indians!?" she questioned in a respectfully loud and laughing tone. 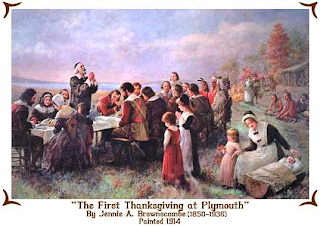 "Are the Americans daft? The English and the Indians are enemy's of the United States. Why would one of your biggest holidays be a celebration of your enemies?"

My neighbor liked the turkey but hated the sweet potatoes..

"Too much sugar" she stated. " Tastes more like a dessert than a main course. I will not finish these. "

She liked the cheese on the vegetables , but was not accustomed to having butter on her vegetables, or perhaps it was salt. I don't remember.

I was excited with her comments on my food.. It was the first time I had heard anyone comment on cooking as being purely "American", without mentioning a hamburger.


After the celebration, I thought about what Cindy had said.. 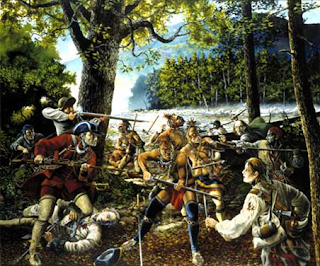 Do other countries view the American Thanksgiving celebration as a tribute to the enemy?

Are we Americans, the Celebrants, the last to know?

How humiliating. If Cindy were correct, I, and many others, are American fools.
Toys to another's court, dancing to the rhythm of Indian drums. 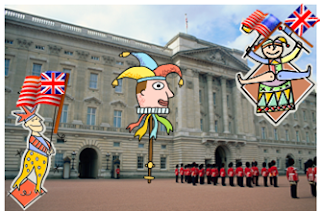 The pilgrims were religious exiles from England.
They would have been against the King James Bible.

The Indians were not Christians at this time:
cartellingwindows reads the Thanksgiving celebration as the celebration of two groups that wanted to take down Christianity, specifically the bible.


Two Pillars
The
English and The Indians.

What were the Towers Trading ...
A post of land?
Was there a treaty made between the Indians and the English at a Trading Post and were the towers the symbol of this treaty? 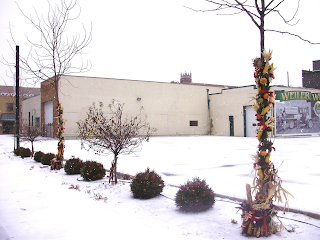 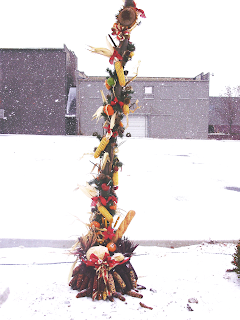 Every year the family of one of Dayton's largest department stores gives a Thanksgiving dinner for those in need. Many of the volunteers give up or shorten their holidays to share with the needy. A huge personal sacrifice that is very much appreciated by the community.


I have attended the dinner for the last four years. The Beerman family serves a traditional Thanksgiving dinner, has a harvest decorated stage where a local band performs and Santa arrives toward the end of the celebration.


The pumpkins, gourds, Indian corn, feed corn still attached to the stalks is discarded into large dumpsters at the end of the Thanksgiving celebration.

"The funeral of the Pumpkin's" has become one of my personal rescue causes . Every year I grab as much of the produce as I can carry and attempt to put the food to a good use rather than have it needlessly discarded.

Last year I decorated cartellingwindows roof top gallery with the leftovers from the Beerman Thanksgiving festivities , made corn husk doll kits for the nieces for Christmas, and planted the extra seed corn in my garden.


This year with the additional assistance of two of my strong men friends, we rescued more produce than in any of the previous years. This years use of the rescued produce from the Beermans Thanksgiving dinner... "Critter Pillars".


"Critter Pillars" were designed to beatify the neighborhood with a uni- holiday motif; while Creating a food source for the squirrels, birds, ducks, raccoons, and other natural wild life that live in the city.

Most of the items on the pillars I received free from the Beermans Thanksgiving dinner. The bread came from a Church on Huffman Avenue that feeds the needy twice a week. The surplus bread incredibly weather hardy. 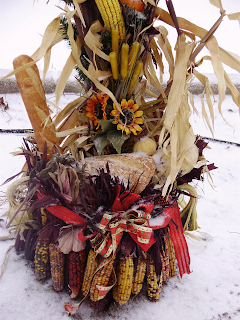 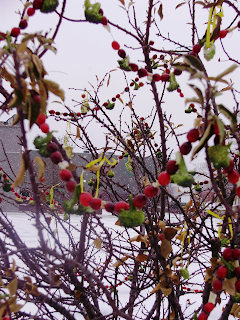 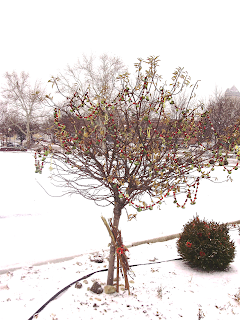 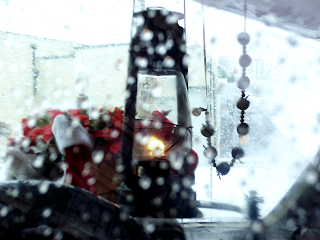 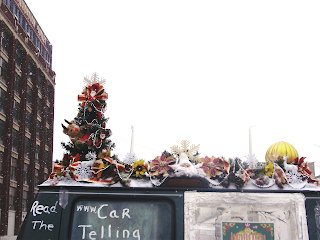 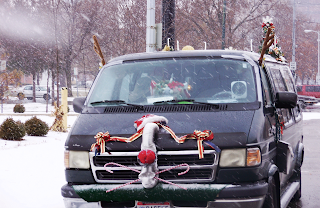 A Patriotic Elephant in Dayton Ohio was not a good image to have during the elections. Some of Cartellingwindows attempts to report news and crimes were viewed as a political campaigning tactic for the support of Mc Cain and the demise of Obama, which was not true.

Since information image packaging seems important for Daytonians to effectively categorize and comprehend the windows message..Cartellingwindows decided to dress up the palace elephant as a reindeer. 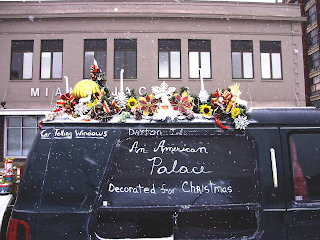 I thought it appropriate to combine Thanksgiving and Christmas, as the American retail establishments do the same.

Posted by cartellingwindows.com at 7:19 PM